Get Sculpted, defined, and shapely
Contact Us Now
​HABLAMOS ​ESPAÑOL

We Will Make you Beautiful! 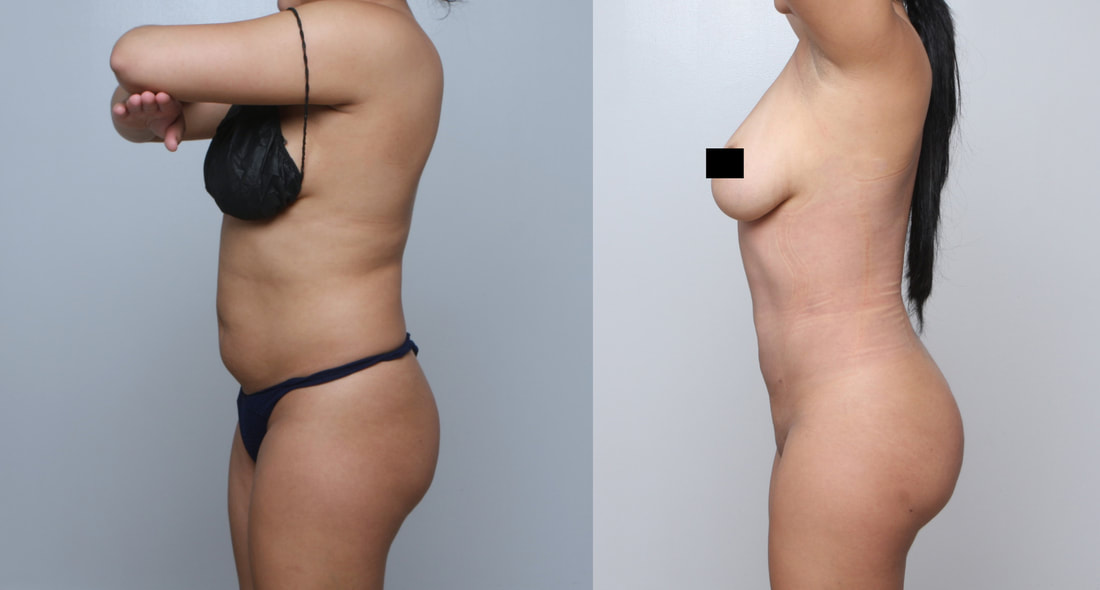 Liposuction will sculpt away the fat that bothers you to reveal your curves.

Liposculpture will add definition to those curves and take your results to the next level.

Fat transfer will add volume to your hips and butt to produce a fantastic lifting effect that gets noticed.

We've treated thousands of people just like you and we have a large range of state of the art techniques and technologies. Unlike older techniques of liposuction, most people are back to work in two days and back to the gym in two weeks.

Liposculpture will tighten up your arms and back 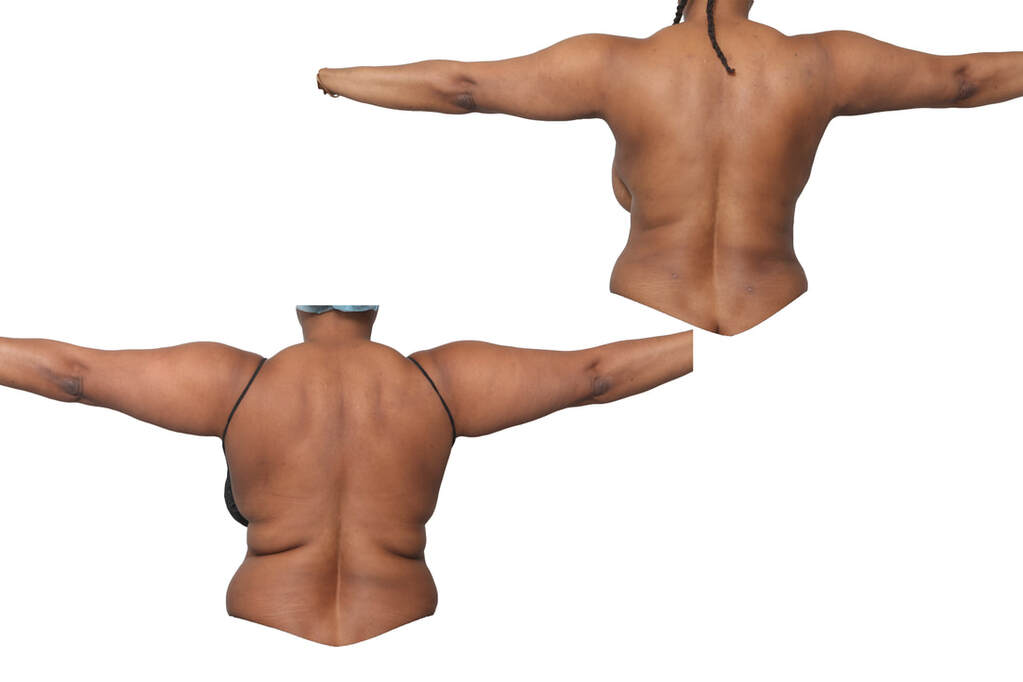 Ditch the flab! We know you hate it.
Liposculpture of the arms and back is one of our most popular treatments. It will give you a sleek, youthful athletic look. It will give you more definition and more confidence. No more bulges around your bra straps. No more chichos! And it's got a quick recovery to boot.

Fat is removed by liposuction. Then it is filtered, purified and injected beneath the skin. This creates a youthful fullness that is 100 percent natural in looks and in feel. It's like turning the clock back.

Liposhifting corrects dents. It was developed in Germany by surgeons seeking an effective solution for unwanted grooves and indentations from liposuction surgery. It is performed under local anesthesia without pain, without scars and without a long recovery.

This patient had dents in the front and back from lipo done somewhere else a few years ago. We fixed the dents with a single session of liposhifting. The photos were taken one week later.
To help you understand the different techniques and technologies that we use, browse the list below: 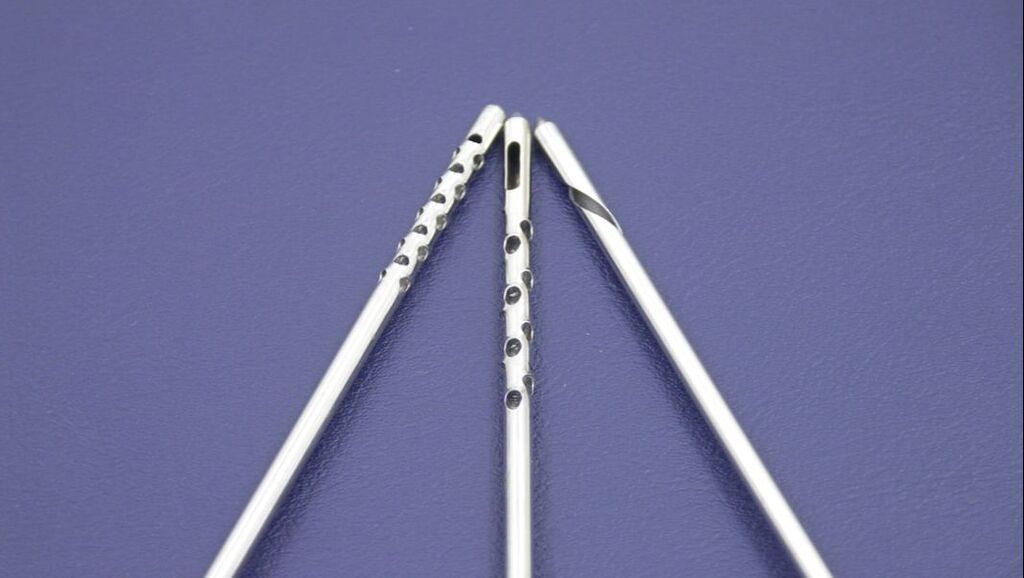 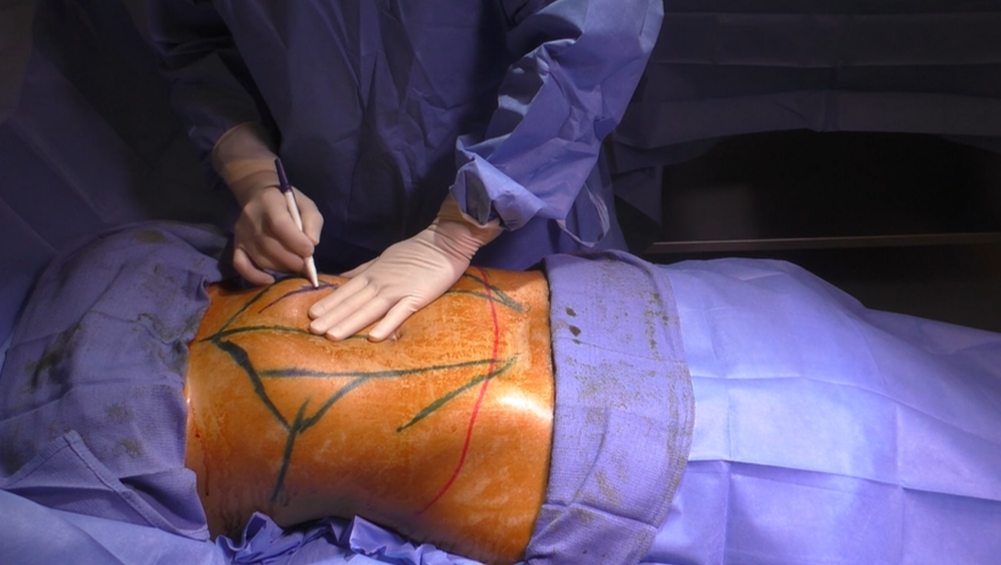 If you're in decent shape, we can take you to the next level with High Def Lipo  (aka 3D Lipo or 4D Lipo). Using specialized techniques, fat is removed from around the edges of muscle to boost definition and curves way beyond anything you can achieve in the gym. 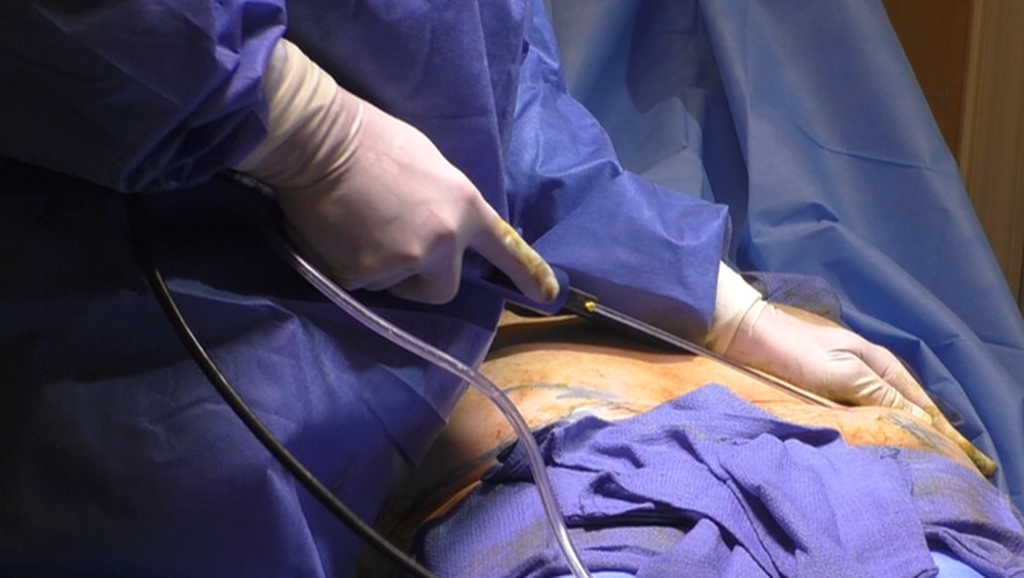 Often referred to as Power Lipo or Vibro Liposuction, this technology utilizes fine motorized suction cannulas to gently and accurately remove fat while giving you gentle vibrations similar to a massage. Power Lipo is an excellent choice for small area detail work and  for sensitive areas. It can easily be combined with any other lipo technique.

Smart Lipo
Laser lipo, or laser lipolysis, uses laser fibers inserted into the fat layers through very narrow tubes (cannulas) to deliver high-powered laser energy which helps to shrink stretched out skin and melt small fat deposits. Laser lipolysis is used in conjunction with tumescent liposuction in many areas of the body.

Tumescent Liposuction
Tumescent Lipo is the most popular lipo technique worldwide because the results are better, the recovery is faster, and the surgery is safer than with any other method. The key to its success is the tumescent anesthesia -  a carefully balanced, carefully measured anesthetic mixture. It is used in combination with many of the techniques on this page.

A. The body fat of an adult tends to increase gradually over the years. After the age of 30, an individual tends to add fat according to a genetically predetermined pattern. This fat distribution is often resistant to exercise and dieting. An example of genetically predetermined fat distribution that is resistant to dieting and exercise is the fat that appears on the abdomen and hips of a woman after pregnancy.  For many people who have inherited the tendency to accumulate excessive fat, liposuction is the only realistic means of significantly changing the body’s silhouette.

Q. Are the results of liposuction permanent?

A. Fat cells that are removed by liposuction do not grow back. As long as the patient does not gain an excessive amount of weight, the new, more pleasing silhouette is permanent.

A woman who always tends to put weight on her thighs and knees, will find that after liposuction, these areas are less likely than other areas to accumulate fat when she gains weight. In fact, a number of patients have had liposuction and subsequently gained weight. In these patients, the areas originally treated by liposuction generally maintain their new desirable silhouette, whereas areas not treated by liposuction are the sites of new deposits of fat.


Q. When can I return to normal activities?

A. There is no universally agreed upon definition for excessive liposuction (Megaliposuction). Nonetheless, there is a limit to the amount of liposuction from which a healthy person can be expected to heal without significant risks. The patient's size and weight and the amount of fat aspirated are the main factors. As a general rule of thumb, Drs. Pelosi consider the aspiration of 4 liters of fat from a large patient the safe limit of conservative office liposuction, and a total aspirate volume of 6 liters should rarely be exceeded for one sitting liposuction session.

For patients who require megaliposuction exceeding the safe limit for one sitting liposuction procedure, Drs. Pelosi offer the alternative option of serial or staged liposuction. The megaliposuction is performed over the course of two or more sessions spread several days or weeks apart. Serial liposuction allows Drs. Pelosi to remove safely very large amounts of fat over a protracted period of time with no untoward complications.

Staged liposuction is a less invasive and safer alternative to bariatric surgery (gastrointestinal bypass procedures) for a significant number of obese patients in relatively good health. Liposuction will not treat the cause of the obesity, but it will result in a significant improvement of body contouring, and will remove large quantities of fat cells, while creating an adequate retraction of the excess skin.

Staged megaliposuction has shown that large quantities of fat can be extracted with minimal risk and that the large localized obesities can be definitely improved or eliminated while avoiding the significant morbidity associated with bariatric surgery. The operation is also beneficial to treat residual adiposities following bypass procedures.

A.  High definition liposuction is the three dimensional sculpting of the abdominal muscles, the chest muscles, the lower back and gluteus to enhance their appearance. The procedure is designed as an advanced scultping technique rather than standard liposuction and requires an experienced surgeon.

The procedure is indicated for males and females who have good muscle tone, exercise regularly, have good quality skin, and have been unable to achieve their desired muscle definition.

Q. What are Drs. Pelosi scientific contributions to liposuction?

A.  The Pelosi Medical Center is the official training center in liposuction for the International Society of Cosmetogynecology (ISCG), which is the world's first and largest association of its kind. Since May 2004 Drs. Pelosi give monthly, hands-on preceptorships in liposuction to an average of 12 cosmetic surgeons from the USA and abroad. The liposuction preceptorships focus on the teaching and training of liposuction using all of the available techniques for liposuction, the advantages and disadvantages of each technology, their limitations, and the prevention and treatment of complications as they relate to each technique.

Drs. Pelosi's commitment to safely and effectively improve the cosmetic results of liposuction is highlighted by their scientific contributions to the subject. Some of them include: