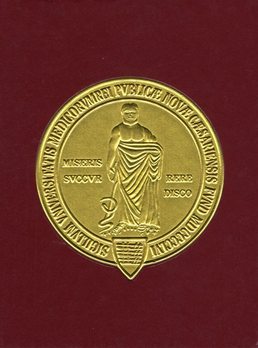 Marco Antonio Pelosi, III, MD received his undergraduate education at Bucknell University in Lewisburg, Pennsylvania from September 1982, through May 1986. He graduated with a Bachelor of Science in Biology in May 1986.

From July 1986, through May 1987, he pursued animal-based surgical research on the effects of trauma in the Department of Surgery of the University of Medicine and Dentistry of New Jersey in Newark, New Jersey. His work culminated in two scientific publications and a presentation before the New Jersey Academy of Sciences.

During his specialty training, Dr. Pelosi III complemented his formal education by attending numerous courses and conferences in surgical gynecology, urogynecology, obstetrics and minimally invasive surgery in both the United States and Europe. He extended and solidified his skills with extensive laboratory and animal training and by observing experts at work in all areas of surgery. As Chief Resident in Gynecology and Obstetrics, he became the first surgeon to perform single-puncture operative laparoscopy, laparoscopic assisted vaginal hysterectomy, vaginal hysterectomies by morcellation and sacrospinous colpopexies at the New York Downtown Hospital.

In 1999, Dr. Pelosi III expanded his minimally-invasive skills and knowledge base into the dynamic arena of cosmetic surgery. Shortly thereafter, he trained under Jeffrey A. Klein, a dermatologist at UC-Irvine, and the developer of the tumescent liposuction technique. From that point forward, he has done extensive research into minimally invasive cosmetic techniques pertinent to gynecology and collaborated with numerous cosmetic surgeons, plastic surgeons, general surgeons and other specialists to maximize safety and effectiveness in this arena. Dr. Pelosi, along with his father, Marco A. Pelosi, II, MD, established the International Society of Cosmetogynecology in 2004, to properly train gynecologists in cosmetic techniques.

Passed American Board of Obstetrics and Gynecology Written and Oral Examinations in 1995 and 1997, respectively, on first attempt.

Licensed to practice medicine in New Jersey and New York since 1993 and 1995, respectively.